For the past six years, I have edited and compiled the gate book for Great Western War, an SCA event that takes place in October over Columbus Day weekend outside of Bakersfield California. This last year will be my last time doing this work, as this has been an all-volunteer work bringing together artists, as well as input from various groups running the war.

The book itself would end up on paper, with a print run of about 1300-1500 books or so, while a version would be uploaded to the GWW web page.

During my tenure as gatebook editor (or coordinator), I needed to get input from about 10 different people or groups. I would put all I had received, and then send a “rough draft” to everyone on the Great Western War staff for comments, fixes, and even nudging folks who hadn’t yet sent in their contributions to the book. The majority of the cover art was done by Kythera Conteras, with the rest of her art here: http://www.anevern.com.

I haven’t added 2012 because I can’t seem to find the final version of the PDF file that was sent to the printers. I think they may have done some modification before it was finally printed. Ah, history!

Enough explanation! It’s been a lot of work, but here it is. 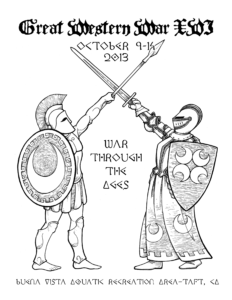 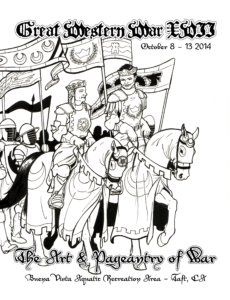 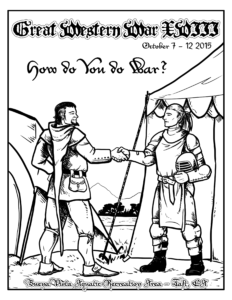 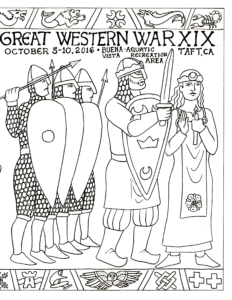 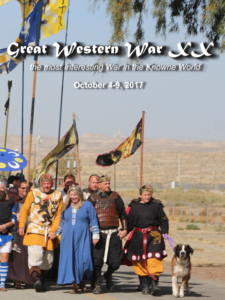 This is my spot to put my projects both online and offline, as well as applications I may write.